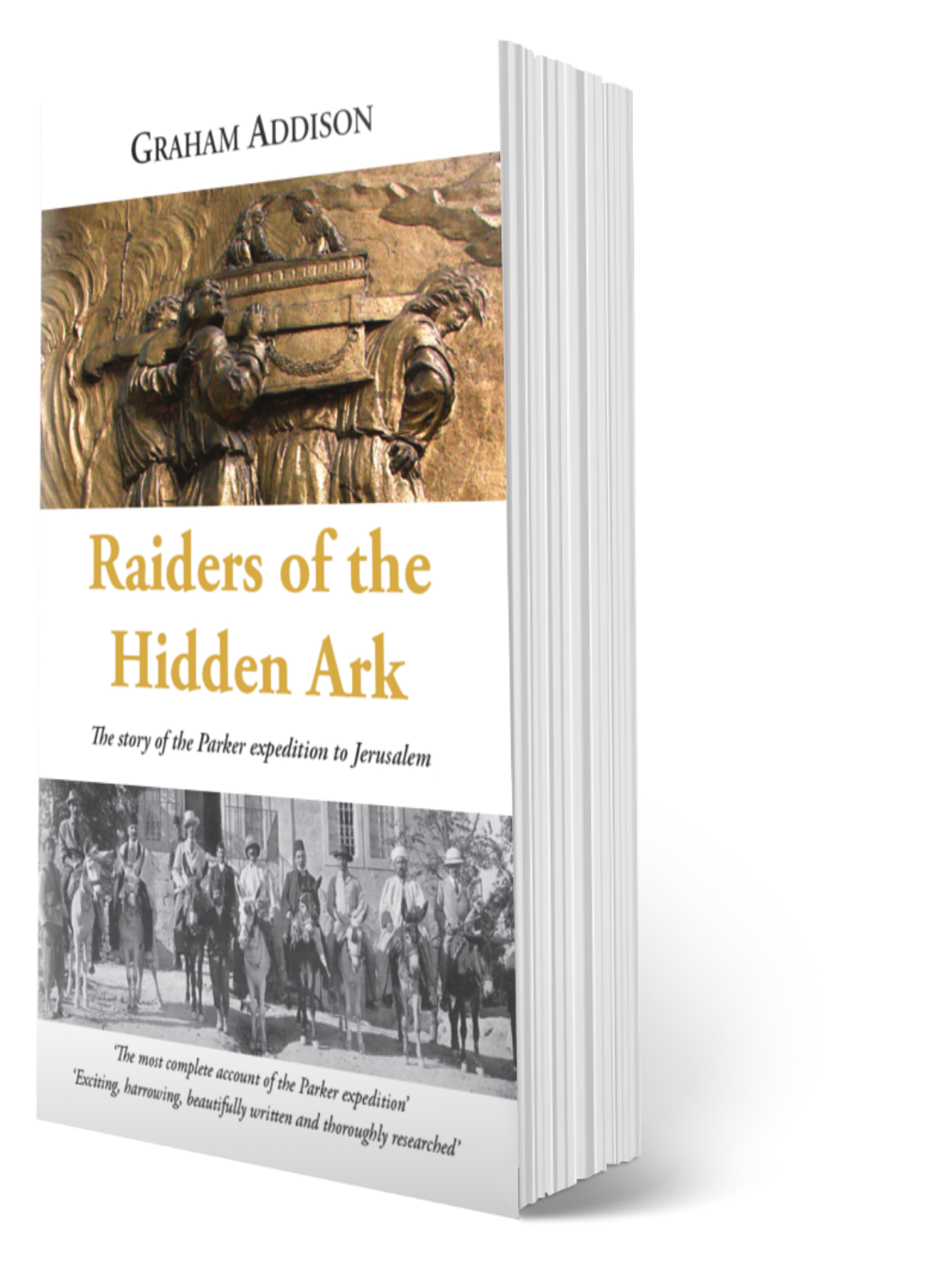 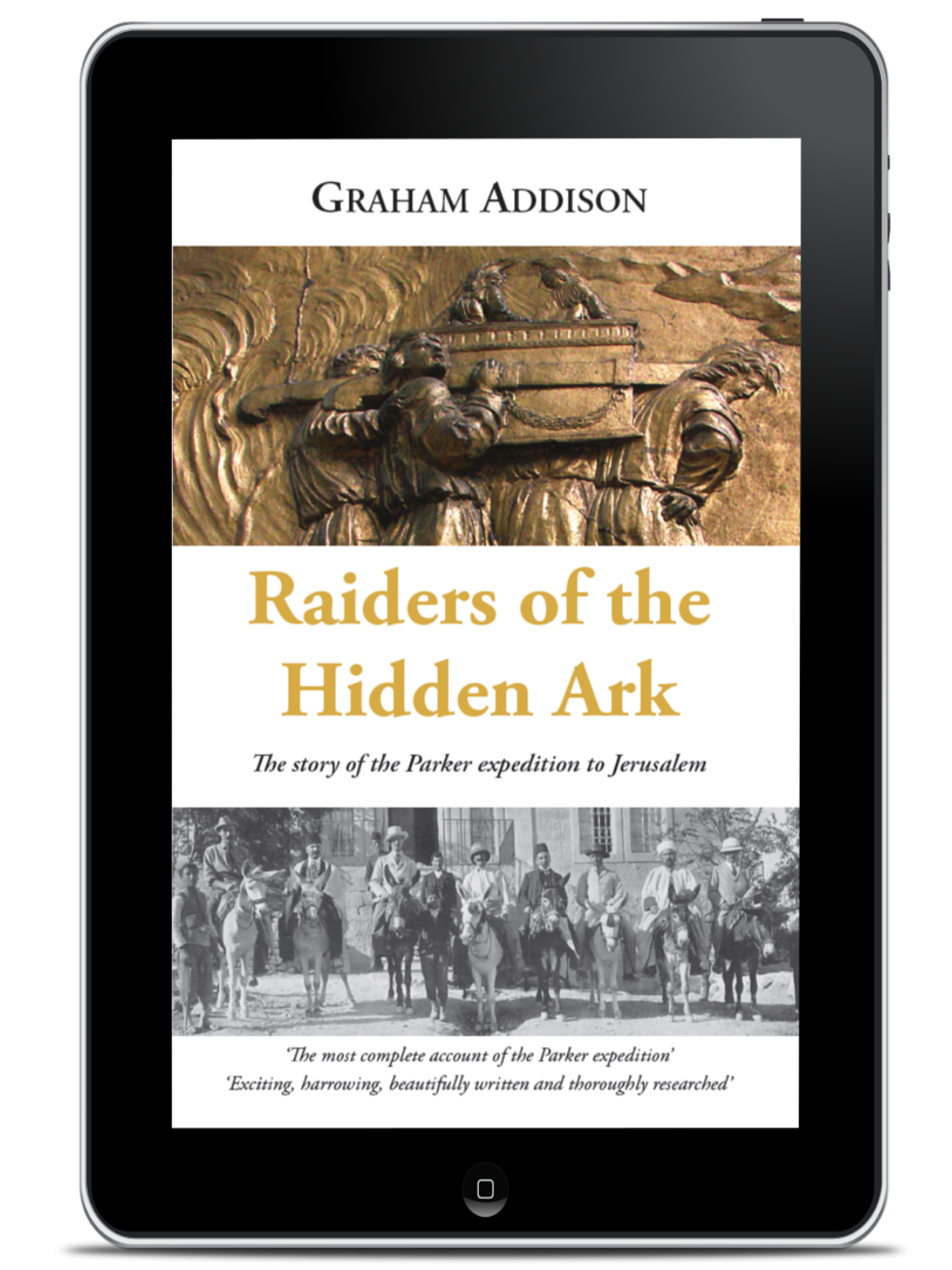 Raiders of the Hidden Ark

The mystery surrounding the Ark of the Covenant’s location is one of the world’s greatest and most enduring. One of the Bible’s most sacred and powerful objects has not been seen for over 2,500 years. The missing Ark has inspired many quests and even a famous film.

One of the most remarkable of the quests to find the Ark is the Parker expedition. Its story seems stranger than fiction and includes aristocrats, poets, psychics, secret cyphers in the Bible, a deadly curse, bribery, gun-running, riots, and madness. It sounds unbelievable but the Parker expedition is real. Rudyard Kipling, who knew several expedition members, wrote ‘Talk of fiction! Fiction isn’t in it’.

Previously untold in its entirety, Graham Addison has uncovered many new details. He skillfully weaves these together in the amazing story of the individuals who in 1909 sailed on a private yacht bound for Jerusalem to retrieve the Ark.

The story includes a deadly curse, bribery, betrayal, gun-running, riots, madness, bankruptcy and more. The expedition made headlines around the world. It sounds unbelievable; Downton Abbey meets Indiana Jones meets Dan Brown. But the Parker expedition is real. Rudyard Kipling on hearing an account from a participant wrote: ‘Talk of fiction! Fiction isn’t in it’.

In 1908, a Finnish scholar convinced a group of young Englishmen from wealthy and titled families he had uncovered secret cyphers in the Bible showing where the Ark was hidden. They were educated at Eton, had fought in elite units of the British military and socialised with European royalty and rich Americans. They headed for Jerusalem on a private yacht to dig for the Ark. With them were a Swiss psychic, a Finnish socialist poet, and a Swedish captain who had experienced the darkest heart of colonial madness in the Belgian Congo.

The Parker expedition unwittingly ‘scattered sparks in the religious tinder-heap’ that is Jerusalem. Its impact still has echoes today.